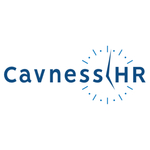 We talk about the following and other subjects

Being a Nuclear Engineer in the Navy

Branden Doyle is the co-founder and CEO of the air disinfection technology company Violett. Branden was born and raised in the PNW, graduating with engineering degrees from Oregon State University and University of Washington. He started his professional career as nuclear engineer supporting the US Navy, primarily working on US Aircraft Carriers and Submarines.

He completed 2 years of on the job and classroom based training and testing, passing the same test naval nuclear officers take in nuclear power school, and going through an oral board process designed around what Admiral Rickover created for the nuclear navy.

Branden had a leadership role early in his career, acting as a counterpart to the Engineer Watch Officer and leading teams of enlisted sailors, shipyard workers, and engineers to repair, replace, test and modernize components in the nuclear reactor plants. For those with navy nuclear backgrounds, Branden worked as a nuclear shift test engineer, and subsequently many supervisory and leadership positions in that department.

Branden created a role in his organization to lead innovation and technology efforts for the Navy, focused on inserting and building new technology to support warships. He led an effort to test many germ killing solutions with the Navy and realized there was a large gap in effectiveness of the available solutions, and changes were needed to keep workers safe on the job. This drove the founding of Violett and creation of the novel air handling system that is looking to disrupt the air disinfection space.

I would definitely say it's all about the people. So surround yourself with people that are better, smarter, and improve  you in some capacity. Don't try to be the king of everything. Be willing to have the smartest people in the room around you and rely on them. You'll be much more successful. That's probably the biggest advice I could give and just have high expectations for everybody.

The Jason Cavness Experience can be found at the following places.

CavnessHR: Focus on your business, we've got your HR

Be Great Every Day!